Most people are increasingly aware of the detrimental effects sugar poses to health. This has caused a migration towards a keto diet. A keto diet means bidding sugar farewell. This journey is not easy, and if you have a sweet tooth, intense sugar cravings might harass you from time to time.

Sucralose is among the artificial sweeteners that people adopt to replace sugar. However, there is a lot of buzz surrounding sucralose, as some studies show how sucralose is linked to various health issues.

So what is sucralose? Is sucralose keto-friendly? People need answers; therefore, we will delve deep and have a closer look at sucralose and whether it is a good sugar substitute.

Sucralose is an artificial sweetener with a glycemic index of zero. It provides no additional calories to the body as it moves through without digestion. Sucralose is 600 times sweeter than sugar, and it sweetens foods, beverages, and dental products.

You have probably encountered sucralose through the little yellow packets labeled “Splenda” in restaurants or offices. The popularity of sucralose is due to its zero net carbs, which qualifies it as a non-nutritive sweetener.

How to make sucralose

The process of manufacturing sucralose entails chlorinating sucrose. In simple terms, this means altering the chemical structure of sugar molecules by adding chlorine atoms. This transforms the sucrose in sugar into sucralose.

Is Sucralose a Carbohydrate?

As much as sucralose is derived from sugar, it is not a carbohydrate. Like most sugar alcohols, sucralose is manufactured by altering the chemical structure of sugar. Pure sucralose has zero net carbs.

However, if you look at other factors, such as how sucralose increases one’s sugar cravings, it might end up slowing your progress on ketosis.

Sucralose is also a synthetic sweetener. These artificial sweeteners are classified as dirty keto, and you may want to reconsider using them if you plan to stick to a sugar-free ketogenic diet for the long term.

Can You Have Splenda on Keto?

Splenda is widely used and is the most common sucralose sweetener in the market. It has risen to popularity as it lacks the bitter taste of most synthetic sweeteners.

Pure sucralose is calorie-free, but 95% of its volume is bulking agents such as dextrose and maltodextrin when sold as Splenda. These are carbs that supply around three calories in each packet. As Splenda has added sugars, the sweetening blend increases blood sugar levels.

Theoretically, sucralose is good for you on keto. However, Splenda products with sucralose alter glucose and blood sugar levels by stimulating insulin release.

Some Splenda products are made from natural sweeteners, which are excellent for a keto-friendly diet. These include Splenda stevia packets, Splenda allulose, and Splenda monk fruit.

A ketogenic diet app designed to make keto easy. From the start.

The FDA approved sucralose in foods since 1998 and as a general sweetener in nutrition since 1999. Sucralose is mainly used in soft drinks, candy bars, and breakfast cereals.

According to the FDA, sucralose is safe for consumption if used moderately. The FDA published that sucralose has an acceptable daily intake (ADI) of 5 milligrams of sucralose for every kilogram of body weight. Consumption within these limits proved no adverse effects to the consumers.

However, other alternative studies show sucralose has some adverse effects. According to the Yale Journal of Biology and Medicine, sucralose can worsen cravings, leading to a higher intake of carbs, insulin resistance, and weight gain.

Since sucralose has zero calories, it disrupts the food reward pathways in the brain. The lack of calories fuels cravings for high-calorie foods. Therefore, the consumption of sucralose, in the long run, leads to an increased appetite, thus defeating the purpose of a keto diet.

However, during ketosis, we should not only monitor blood glucose but also carefully monitor insulin levels. According to the National Library of Medicine, sucralose increases insulin levels in subjects by up to 50%.

Insulin is an essential hormone that regulates the body’s metabolism during ketosis. When sugar or insulin levels increase, the body does not break down the stored fats to release energy. Most of the weight loss and gain in individuals depends upon their insulin levels.

When it comes to storing fats, insulin stores the supplied fats that the body does not demand immediately. Higher insulin levels lead to higher fat accumulation, increasing weight gain and eventually inhibiting ketosis.

Doctors frequently recommend foods and beverages that contain sucralose to diabetic patients to satisfy their sweet tooth and help manage their caloric intake. If consumed within the acceptable daily intake, sucralose does not affect glucose management in diabetic people.

However, this non-nutritive sweetener can increase cravings and cause the patients to compensate with additional calories from other foods.

Overconsumption of foods such as diet soda puts healthy people at risk of getting type 2 diabetes.

According to the American Society of Nutrition, sucralose has adverse effects on gut microbiota. Microbiota is gut bacteria, and healthy gut bacteria improve immune functions and reduce inflammation in the digestive tract.

The use of sucralose in products such as Splenda disrupts these bacteria’s functioning and growth and leads to liver inflammation.

Sucralose is toxic at high temperatures

When exposed to high temperatures, sucralose produces harmful components. When you heat sucralose with glycerol, it releases toxic compounds called chloropropanols that cause cancer. Avoid sucralose when baking or cooking.

What Sweeteners Can You Use on Keto?

As much as we have seen the repercussions of sucralose sweeteners, it does not mean that there are no alternatives for you to stay in ketosis. There are low-carb sweeteners that you can enjoy to sweeten your foods, beverages, and salads. Below are some of the best readily available keto sweeteners to use on keto.

Monk fruit is one of the keto-friendly sweeteners. It is a sugar substitute cultivated by monks in Southern China and Thailand, hence its name. People used monk fruit in teas, herbal medicines, and soup. Monk fruit contains fructose and sucrose, but it derives its sweetness from mogrosides.

Mogrosides are non-caloric components that can replace sugar. Monk fruit is a low-carb sweetener approved by the FDA as safe for use. It is safe for cooking, does not affect blood sugar levels, is sweet, and does not lead to any digestive problems.

Monk fruit is about 150 times sweeter than sugar.

Erythritol is classified among keto-friendly sweeteners as it has low net calories and does not increase blood sugar levels. It comes in granulated or powdered forms, making it convenient for recipes.

The only cons of erythritol are that it does not have the same feel as sugar as it leaves a cooling sensation on the tongue. It also causes bloating among some of its users.

Erythritol is 70% as sweet as regular sugar.

Stevia is a natural sweetener derived from the leaves of the stevia plant. The FDA has approved the use of refined stevia extracts under the “Generally recognized as safe” category. However, the commercial use of unrefined leaves is prohibited within the US.

Its health benefits are that stevia has no calories, and carbs thus do not raise blood sugar levels. It is safe and also very sugary.

The only cons of stevia are that though it is very sweet, it has a bitter aftertaste. Though stevia can be used for cooking, it is hard to get the same results as sugar when applying stevia in recipes.

A Word From RD

Consumption of sweeteners as a replacement for sugar spiked by 41% between 1989 to 2004. Sucralose is among the best low-carb sweeteners that do not increase blood sugar levels. However, when eaten with sucralose, carbohydrates raise blood sugar.

Using sucralose reduces calorie intake in the short term and is a suitable replacement for sugar for the short term. As a means for weight control, sucralose has few positive outcomes.

Its net calorie value is zero, but it increases your calorie intake from your eating plan. If you are an occasional sucralose user, it has no effects on your health.

If you plan to make a smooth transition towards a sugar-free diet, your eyes will naturally gravitate towards low-carb products on supermarket shelves. Most of these products have sucralose in them.

Consuming minor amounts of sucralose will not hurt, but frequent consumption will eventually be dangerous to your health. Instead of taking the risk with sucralose, you should try out other natural alternatives that will make your ketogenic diet worthwhile. 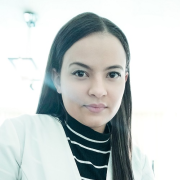 Edibel Quintero, MD
Edibel Quintero is a medical doctor who graduated in 2013 from the University of Zulia and has been working in her profession since then. She specializes in obesity and nutrition, physical rehabilitation, sports massage and post-operative rehabilitation. Edibel's goal is to help people live healthier lives by educating them about food, exercise, mental wellness and other lifestyle choices that can improve their quality of life.

“I Feel Like Superman”: How Keto Helped Alex (41) Lose 125 Lbs, Get His Dream Career, and Regain His Masculinity

How to Slim Down in Time For Summer: Avoid These 5 Keto Mistakes

Is it really possible to eat whatever, not watch calories, and melt away fat at ...
By Kinjal Kanani, MD
2022 May 6

It’s not too early to start planning your holiday shopping, especially with rumors of shortages ...
By Edibel Quintero, MD
2022 April 27

Planning to follow a healthy diet is vital, but it can be sometimes pricey, especially ...
By Edibel Quintero, MD
2022 April 26

Have you noticed that the start of this year basically flew by? We didn’t either. ...
By Edibel Quintero, MD
2022 April 26

I have been struggling with type 2 diabetes my entire adult life. Every now and ...
By Edibel Quintero, MD
2022 April 20

5 reasons why most people fail on the Keto Diet

7 Incredible Cucumber Juice Benefits, According to a Nutritionist

How to Do a Natural Colon Cleanse at Home: Top Tips

182 Days on an Underpriced Appetite Suppressant. Wishful Thinking vs. the Actual Results

“I Feel Like Superman”: How Keto Helped Alex (41) Lose 125 Lbs, Get His Dream Career, and Regain His Masculinity